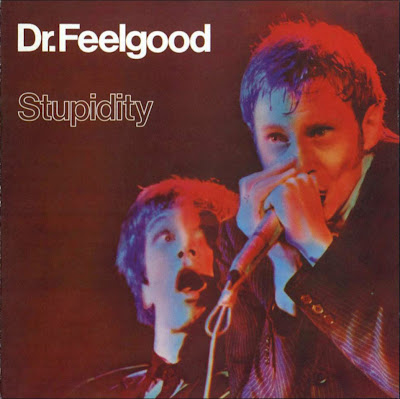 "Stupidity" was the third album by Dr. Feelgood, released in September 1976. It was their first live album recording.
Their mushrooming popularity was confirmed when live set Stupidity (1976) topped the UK charts.
The album reached number 1 in the UK Albums Chart in October 1976 (for one week), and remained in that chart for nine weeks. It was the first live album to go to No 1 in the UK album chart, in its first week of release.It was Dr. Feelgood's first and, to date, only recording to reach number 1, and appeared over eight months before their first single entered the corresponding UK Singles Chart - "Sneakin' Suspicion" (June 1977).

Timeless classic! I was only 15 when I got the hold of this masterpiece. It still ranks very high in my collection and it is played more or less regularly.