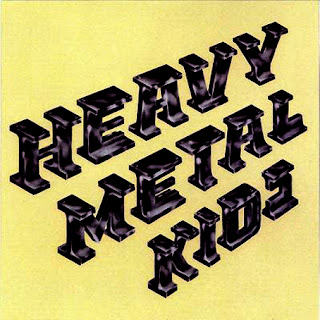 2009 digitally remastered and expanded reissue of the debut album from the sorely overlooked British band, originally released in 1974. The Heavy Metal Kids have been acknowledged as an influence on Rock bands such as AC/DC through to Punk bands like The Damned and Sex Pistols. Includes the singles 'It's A Shame' and 'Rock N Roll Man' plus one rare live bonus track.

HI
Very good your blog, my congratulations
I will download a lot of things from here
Have a nice and sucessufull night
Kisses

Thanks for more HMK