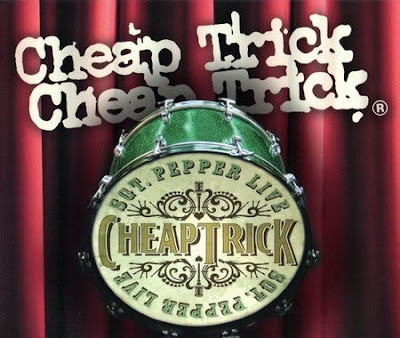 American pop group Cheap Trick, in a reprisal of their wildly successful sold-out concerts, salute the 40th anniversary of the Beatles' seminal Sgt. Pepper's Lonely Hearts Club Band album with a dynamic track-by-track rendition that features an Indian music ensemble and an array of several very special guests. At the helm is none other that the legendary Goeff Emerick, who engineered the Fab Four's definitive album in 1967, and brings and exciting authenticity to the celebration. Cheap Trick genuinely infuse their brand of Beatlesque power pop into a live tribute that pays homage to their musical influences, by capturing the essence of an album that changed music history.

Tracklist:
1. Sgt. Pepper's Lonely Hearts Club Band
2. With A Little Help From My Friends
3. Lucy In The Sky With Diamonds
4. Getting Better
5. Fixing A Hole
6. She's Leaving Home
7. Being For The Benefit Of Mr. Kite
8. Within You Without You
9. When I'm Sixty-Four
10. Lovely Rita
11. Good Morning Good Morning
12. Sgt. Pepper's Lonely Hearts Club Band (Reprise)
13. A Day In The Life
14. Medley Song