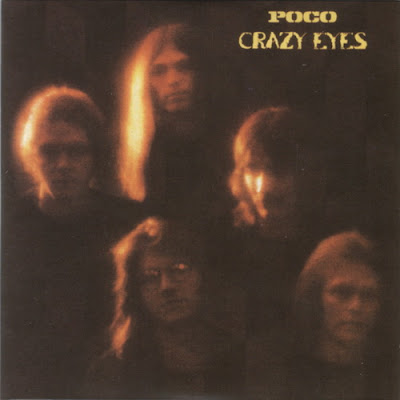 Wikipedia:
Crazy Eyes is the sixth album by the country rock band Poco. The album pays homage to Gram Parsons, as Richie Furay sings both the title track, which he wrote in honor of Parsons, and one of Parsons' own compositions, "Brass Buttons". The album was released just four days before Parsons' death on 19 September 1973.
Paul Cotton covered J. J. Cale's "Magnolia," a song the band still plays live. The title track, according to Rusty Young, has never been played in concert due mostly to its complex percussion part, consisting of African drums, among other things.
After the commercial failure of this album, Richie Furay left Poco to co-found the Souther-Hillman-Furay Band, where he achieved success with one of the outtakes from Crazy Eyes, "Believe Me".