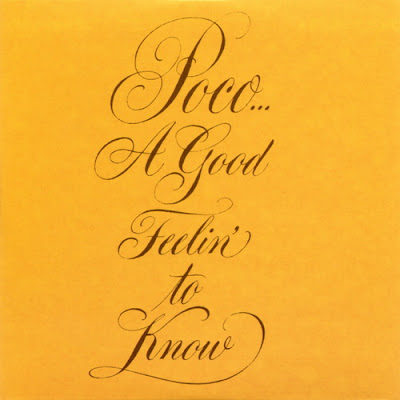 Review by Bruce Eder:
Good Feelin' to Know was Poco's big attempt to broaden their audience -- the title track, one of their most popular concert numbers, was the group's push for a hit single, which didn't work. The album as a whole, however, features a louder, harder-rocking sound a step or two removed from the country-rock they'd been known for, even on numbers like "Ride the Country," which has a more brittle sound than the group would have achieved on their earlier records. The guitars are all turned up really loud and the harmonies are less sweet, overall making for a very heavy sound, surprisingly similar to Buffalo Springfield (one of their old numbers, "Go and Say Goodbye," is even included, in an arguably better version), making this a curious throwback / advance. This album's relative failure made Richie Furay begin to lose faith in his own group's prospects.