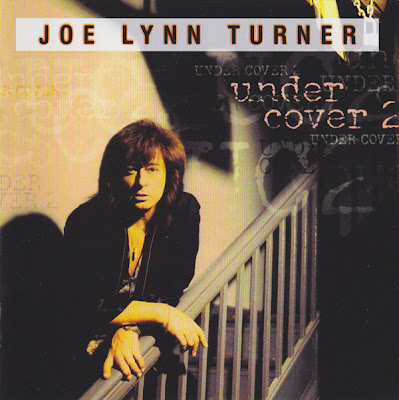 Stephen Thomas Erlewine:In 1997, Joe Lynn Turner released Under Cover, a collection of his favorite hard-rock classics. It was such a success that he followed it two years later with the appropriately-titled Under Cover 2. Turner has surrounded himself with first-rate musicians: Vernon Reid, Al Pitrelli, Jeff Golub, Greg Smith and has expanded his musical outreach, taking on such numbers as "Wishing Well" and "The Race is On," along with such album-rock favorites as "Helter Skelter," "Waiting for a Girl Like You," "The Boys Are Back in Town," "Born to Be Wild," "Fool for Your Lovin" and "Mississippi Queen." Turner does a respectable job with these songs, and it's always a joy to hear Reid play, but they never eclipse the originals, even though they certainly offer their own, gonzo mettaloid stamp on these tunes. For Turner fans, the fact that he has found a way to adapt these well-known tunes to his style will be noteworthy, but for the average listener, the originals are still better.

Tracklist:
1. Lady Double Dealer
2. Helter Skelter
3. Born To Be Wild
4. Wishing Well
5. Fool For Your Loving
6. Rock And Roll Hoochie Koo
7. Boys Are Back In Town