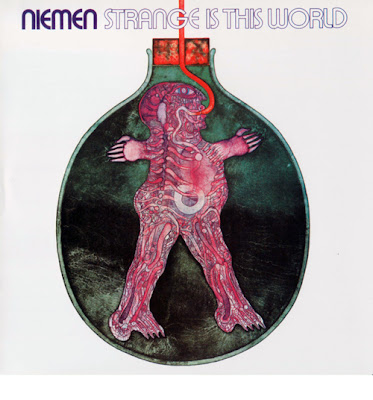 Czesław Niemen (February 16, 1939 – January 17, 2004) real name Czesław Juliusz Wydrzycki, was one of the most important and original Polish singer-songwriters and rock balladeers of the last quarter-century, singing mainly in Polish... Read more 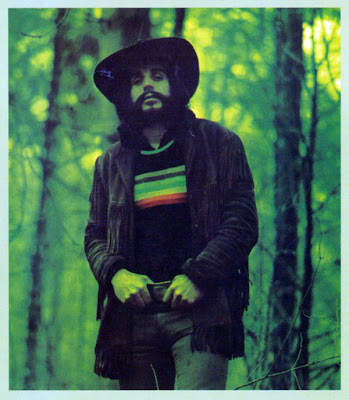 At the outset of my scribbles, I would like to thank Alex for publishing subsequent album of Polish musical culture ...great respect!

What can I write about music? Music you should to listen
The best description is always incomplete because everyone ,receiving music otherwise.
Just one word - Niemen CHAMPION!
January 17 marked the eight anniversary of the death Niemen. Had he lived, February 16, celebrated his 73 birthday. It would seem that this is a personality who needs no introduction - but if the average music lover is aware of what - beyond the "strange world" - this "man in the hat" brought to the history of Polish music?
It is very difficult to introduce such a colorful and complex character who in his life has made so many, in the form of the article. It is up to the reader to decide whether he wants to lean (this is available) legacy of the artist and listen to what he has to offer...

Oh, this world is strange, I need not remind anyone think of this. We all feel sometimes something that could be described as great, indescribable sadness, hostility to what you can not understand, comprehend, or even minimally acceptable. Each one of us sometimes, and even more often, something bad happens, twist of fate that falls on us like a bolt from the blue. The same is true of the plate Strange is this World, falls on us like a thunderbolt and does not leave you indifferent. But instead of philosophizing, as I have just done this, let's get to the same disc. It constitutes a new stage in the artist, perhaps the most avant-garde and creative. Moreover, it is from this record starts cooperation with Western multinational CBS plate. The album Czeslaw Niemen recorded in Munich. By the side the artist appeared in multi-instrumentalist Józef Skrzek and the other two musicians later SBB, namely Jerzy Piotrowski and Apostolis Anthimos. In addition to work on the album Czeslaw Niemen... invited free-jazz master to play the contrabass - Helmut Nadolski, which is the same Niemen once said that violates the generally accepted patterns of bass playing. He is a master of his instrument. He created his own music marked by the extraordinary power of ...nd fascinate even today - transformation Strange is this world.

The title track is - is able to shock or amaze - and fascinate even today.... arrangement of the song Strange is this world. First there is atonal, improvised contrabass admission to hear right after shouting incredibly Niemen beginning of the text. Then, accompanied by the accompaniment somewhat similar to the original version I've Been Loving You Too Long (Redding), but later in the song has a less distinctive melody, there is free jazz interlude with a dominant conrabass and organ improvisation.
A vocal and instrumental part is simple, but with harmony, and double-bass, "groans" and the guitar solo certainly add a whole word is part of a simultaneous blues guitar improvisation and arco bass, is finally - so much blues - guitar-vocal dialogue. This is another proof that the Niemen climbs on the album to the heights of her vocal expression. Generally speaking - in the recording of Strange Is This World treats his voice like an instrument and tries to exploit all the natural possibilities.
Another song Why Did You Stop Loving Me ostinato is characterized by bells, which serves as a canvas of this work. Vocal melody is quite fragile, sometimes also reminds about the weakness of the soul Niemen. There is a vocal folkloryzująca insert at the end of this popular artist by our own studio? Polyphony? And is part of a simultaneous blues guitar improvisation and arco bass, is finally - so much blues - guitar-vocal dialogue. We should not fail to notice how much he liked Niemen use your own voice as a kind of instrument, which gave various shades and color, which is characteristic for virtually the entire disc. Less intriguing, falls for a song I've Been Loving You Too Long, the Niemen version of the song Otis Redding, soul champion. Despite this, and this song is characterized niemen element which can not be indifferent to this music, which sometimes reaches to the depths of the human soul. In the end, we have probably the best song on the album, namely the English version song for the dead, that is, A Song For The Deceased. This is a work in some way from the time of linking Niemen Niemen rhapsody of more avant-garde. This opening kontrabasowo-organ madness. A vocal and instrumental part is simple, but at the same time, which may seem paradoxical, is not an easy melody, going beyond tone. The thing has its climaxes with dissonance, with zagęszczeniami harmony, and double-bass solo guitar sounds, and certainly adds a whole character and great power.
About this album Czeslaw Niemen he said: I tried to introduce something new, original to the rock. And that's what this album is full of innovation and new solutions, and very curious and interesting experiments. For admirers of Mr. Wydrzyckiego this album is a must for all others it may be interesting musical experience and also an inspiration to ask the very important questions about the meaning of life and death and the condition of modern man. In other words, in any respect, this album has never grown old and has not lost its relevance,
Anyway, as always, I encourage you to see for yourself. ..hear it with my own ears
Yours all
I wish you guests an enjoyable .. enjoy! ...like me!

Despite his abundant discography, I knew nothing about this artist, that i imagined less rock. This album is excellent for me, really many thanks for the discovery.