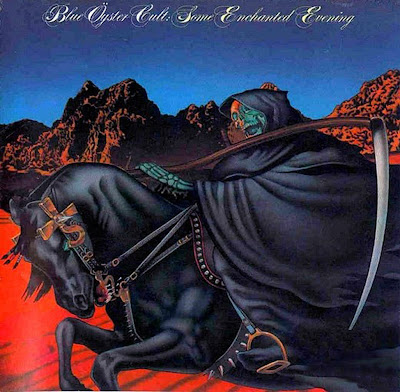 Some Enchanted Evening is the second live album by the American hard rock band Blue Öyster Cult, released in September 1978 (see 1978 in music). It is Blue Öyster Cult's best selling album, having sold two million copies, including over a million in the United States. The album's seven original tracks were recorded at various locations in the United States and England.
The album was re-issued on CD in early 2007 on Legacy Recordings and included seven previously unreleased bonus tracks recorded in various locations around the US, along with a DVD entitled Some OTHER Enchanted Evening, which featured a previously unreleased performance videotaped at the Capital Centre in Largo, Maryland in the spring of 1978.