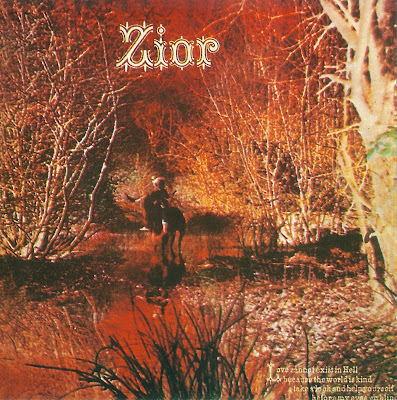 Zior had their roots in Southend's early sixties R&B scene. Kevin Bonsor had previously been in a local R&B outfit, The Essex Five, and then classical/rock fusion outfit, Cardboard Orchestra. Pete Brewer had been in another Southend R&B band, The Night Riders. He and Bonsor were Zior's founding members recruiting Truba and Skeels (who'd once played in a London band called The Bum) via a 'Melody Maker' advert.
Zior did have a reputation as a wild live band. They were heavily into Black Magic and Satanic Mass etc. They recorded an album on the Beacon label, later in 1971, which was credited to Monument, though in fact it featured all four members of Zior.

this is pretty cool heavy stuff imho, i'll check to make sure i have an edition with all these bonuses!

Turns out I don't have the bonus tracks so, many thanks for the upgrade! Is their album as Monument any good?

Is there any chance to get this one ?