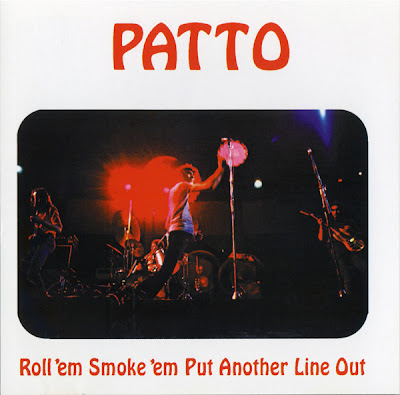 "Three albums and out, Patto (named after vocalist Mike Patto) were highly regarded on the British rock scene in the '70s. The key point of the band was probably the superb guitar work of the eminently flexible Ollie Halsall, a performer whose session work was highly prized, even though the guitarist seemed hesitant to step into the spotlight. Patto performed a stately mix of jazz-rock with a little bit of blues. Following the breakup of the band, Halsall moved on to play with Tempest while Patto joined Spooky Tooth for Mirror. Patto and Halsall came back together in Boxer in 1975, though Halsall remained for only a single album, with Patto remaining the sole founding member by the following album."